London is a leading global city and one of the most-visited city worldwide. It is the capital of England, located on the River Thames in the southeast of the country. London’s metropolitan area is the most populous in the EU with over 13 million inhabitants. The city is very multicultural, representing about 270 different nationalities. In the center of London you will find the major art museums and most iconic sights.

London is offering a full range of museums and art galleries. The Royal Academy of Arts, an art institution on the Piccadilly Road in the area of City of Westminster, is showing world-class exhibitions from ancient sculptures to modern-day masterpieces and large-scale installations. During my stay an exhibition was dedicated to the artist Ai Weiwei, one of China’s most influential artists. The exhibition ends on 13th December 2015.

Tate Modern is one of the city’s most popular modern and contemporary art gallery. It is home to the Tate’s collection of international modern art from 1900 to the present day. There is currently a fascinating exhibition about the American sculptor Alexander Calder (1898-1976). The exhibition is open until 3rd April 2016. Tate Modern is located on the River Thames, and can be reached via the Millennium Bridge, offering a wonderful view on the St.Paul’s Cathedral, a significant building in British history.

The city offers some of the most fascinating modern architecture as well. The glass-clad pyramidal tower called The Shard, designed by the Italian architect Renzo Piano, is actually the tallest modern building in London (310 meters tall). The construction began in March 2009 and was complete in November 2012. It offers a viewing gallery and open-air observation deck on the 72nd floor. 20 Fenchurch Street is a commercial skyscraper, located in the historic City of London financial district. Construction was complete in spring 2014. The building is 160 meters tall and offers a large viewing deck at the top too.

Shoreditch is a city district in the historic East End of London and modern Central London. The district stretches from Old Street station to Kingsland Road. It has become a popular and fashionable part of London, known as well for his street art and graffitis murals. 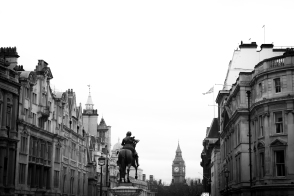 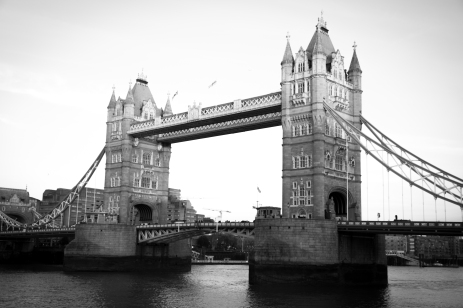